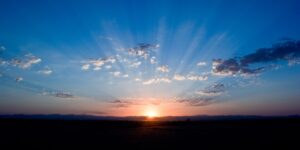 Today marks the beginning of the legislative session of the Georgia General Assembly.  The General Assembly has always convened in the winter months, giving a historic nod to Georgia’s agricultural economy.  For me, it seems also appropriate that it sits snugly in the lull between the end of the Christian seasons of Christmas and Easter.

A few weeks ago, I found myself invited to a holiday party of a friend that is located in the town named after Jesus’ birthplace.  On this evening, I attended what I have many times before in my hometown area: a live nativity scene.  The congregants of the Nativity Lutheran and Bethlehem First United Methodist Churches gathered to tell the story of Jesus in the manger, and naturally there was a crowd of the devout.

The experience this time was different and somehow more poignant to me in a year of so much conflict and anything goes.

I had come dressed as the city slicker I now regretfully am- cream colored sweater and high heeled boots, which sank as I waited in the post-snow melted, cold field.  I looked ridiculous, and that was less about my clothing, and more because my mamma brought me up better than to “show out” among folks who I should have known would be in ball caps and tennis shoes.  Around me were the too-long jeans tucked into sneakers, unhemmed as children’s are for room to grow.  Yet these hemlines were adults with hands sculpted by physical labor and years on the farm.  Hoodies, Georgia baseball caps, some overalls on the older men, and a few Grandmas with death stares for the children who giggled too loudly during the readings surrounded me.  I’ve been to so many of these and passion plays as I was growing up in Walton County that I had forgotten what a crowd they could draw.

It made me think of what mammoth tasks lie before the legislature this year.  The General Assembly will have to 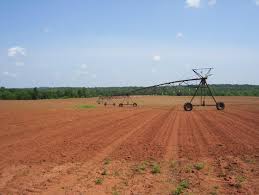 consider what to do with a dwindling rural population, a metro area that is expanding so rapidly that it has to shut down schools to allow traffic to be manageable in potentially freezing rain.  Georgia legislators continue to have a tension around hate crimes, Confederate memorials, and a hope for children in our state to be more easily adopted.  There are also aptly named pieces of legislation like Marsy’s Law and the Brunch Bill.

As I stood in the cold that night, I hoped for this beginning legislative day to be a happy one.

Like the story of Jesus, each session begins with taxes.  The budget is the only bill that is constitutionally required for the legislature to pass.  Session is a time when the wise men and women of our state, the highly educated attorneys, judges, and engineers come together with the farmers; shepherds in their own right, who like those in my Savior’s birth story are separated from their own families as a result of the menial labor of updating Georgia’s legal code.

Georgia’s story isn’t so unlike the story of Jesus’ fabled birth.  In the center of the General Assembly, is the fate of mothers and children in the midst of an agriculturally based economy with a rural backdrop.  The wise men and women will bring their best efforts to Atlanta to keep peace, bring prosperity, and to provide protection for the most vulnerable.

The Christmas story is one of hope, where my pastor tells me that God’s disruptive divinity in the midst of government bureaucracy brought a new kind of kingdom and a hopeful new day.

May this legislative session be so for Georgia as well.