Yesterday the Senate Judiciary Committee met to take up the adoption bill, HB 159.  This Committee is chaired by the handmaiden of Senate Leadership always vigilant and helpful Senator Jesse Stone.  He began the committee meeting as he often does- in a quiet and respectful nature, explaining in detail the work that has gone into the legislation at hand.  In my experience this is his way of boring you to death before doling out the sucker punch of his substitutes.

If you recall, Chairman Stone offered the sub for Campus Carry in the 2014 session, which effectively gutted the bill.  He offered the sub for Campus Sexual Assault for the 2016 session, in both instances bringing good, common sense to Georgia’s otherwise extreme legislation.    It appeared yesterday this has become his legislative calling card.  He has painted himself in the colors of a moderate. In his initial run for office, I remember a longer standing politico in Augusta (Stone’s district’s nearest metropolitan area) pondering the milquetoast nature of the Chairman.  It is my personal belief that this is his means of a head fake. Stone gives you the idea that his humility is genuine and I can almost see him shrugging his shoulders as he tells one he is just grateful to be in the presence of other great leaders.

Don’t be ashamed if you were fooled.  I certainly was.

I have always seen Chairman Stone to be very secure and confident in his control of his committee meetings, yet Stone seemed somewhat rambling in his opening statements yesterday.  This was the first red flag.

Let me be very clear: Chairman Stone may be quiet, but he is very sharp and methodical.  I have never had the honor of watching him in a courtroom, yet I have been on the receiving end of statements he has made in writing to be changed by 180 degrees within a 24 hour period after I blogged about them.

I’m sure he had his reasons, yet I have personally never trusted the man afterwards.

Strangely in yesterday’s meeting, instead of letting the sponsor of the bill, Rep. Bert Reeves, speak to his own legislation, Chairman Stone referred questions to Irene Munn, General Counsel and Policy Director to the Lt. Governor (his superior, to be clear), and Ann Purvis, Special Counsel to the Senate President Pro Tempore of the Senate.  Noting Purvis’s hire date as provided online, I’m assuming she has served mainly under Shafer as Pro Tem, rather than current Pro Tem, Miller, as the latter has only been in his office for 4 days.  Even more bizarre though was the presence of Chairman Renee Unterman, who is not on the committee- even in Ex-Officio status, as indicated by the Chairman when he kindly corrected the lady when she made a motion for the passage of the Senate substitute.

Prior to this meeting both the Governor and the Speaker made public statements wanting a “clean” adoption bill.  In reference to legislation, “clean” means that the bill is unaltered with no substitutes or amendments, or even worse- a Christmas tree of extra legislation tacked onto it via the aforementioned methods.  So this action of both subbing in and then subsequently amending that substitute is a direct affront to the Speaker and Governor.

While I haven’t always been in agreement with the two men, I generally find it best practice not to make such bold gestures of sticking it to them.

Either way, it was a supremely bizarre committee process, including Munn’s advisement from her chair on how the Chairman should proceed in his own parliamentary process.

This is my fourteenth legislative session.  I’ve never seen anyone correct a Chair on parliamentary procedure in front of the public.

In my spare time, my husband and I attend city council and county commission meetings.  We know. We’re nerds. I’ve even been known to go to a planning session a time or two for no other purpose than my own curiosity.  I have always found it useful to observe the mannerisms of the folks in the room.  This tells me who are friends with whom, who defers to whom, and who has the authority to correct or curtail others.  Generally speaking, the chair of the committee is only as powerful as the Leadership of the House and Senate allows them to be.  All power in Georgia politics is top down- and no legislation moves without the machinations and considerations of the Governor, Lt. Governor, and Speaker.

This legislation seems to be caught in the middle, which is a very precarious place to be.

I left the meeting yesterday quite confused.  After all the posturing, why would the Senate do something so carelessly?  Especially after going through the good exercise of all the work group meetings Munn and others referenced in the committee meeting? Especially in an election year?!?! 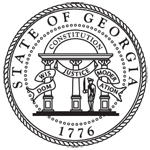 I mean, adoption legislation is literally the stuff that legislators dream of- puppy dogs and babies- who votes against that?

On the surface, the bill passed and has no overt language regarding forbiddance of same sex couples the ability to adopt.  Yet a quick glance at legis.ga.gov tells us that the bill (sponsored in the Senate by Chairman Unterman) from which language was substituted (HB 359) was vetoed by the Governor.  Here’s the governor’s statement on why he vetoed that legislation:

HB 359
House Bill 359, while well-intentioned, creates a parallel and unchecked system to our Department of Family and Children Services (DFCS), unintentionally placing children at risk. The Power of Attorney created by HB 359 allows parents and “agents” to go around the well-established confines of legal adoption and/or our child welfare system, granting a power of attorney for a child to an individual, or even a non-profit corporation, with no oversight. The state has dedicated significant resources to DFCS during my time as Governor in order to improve the safety and outcomes of children in foster care. The state should consider all options that help in streamlining the process for a child to be adopted, or placed in a loving home or improved foster care environment; however, creating a parallel system in which DFCS has no oversight runs contrary to the progress the state has made in strengthening our child welfare system.

In light of the fact that a comprehensive rewrite of the adoption code failed to pass this year, I encourage the Leadership of both chambers, supporters of this legislation, and the child welfare advocacy community to work together over the next year in crafting legislation that continues to strengthen our existing system and streamlines the processes of adoption so that children may reach permanency more quickly. I believe a comprehensive foster care/adoption reform legislative package is in Georgia’s best interests in 2018. For the foregoing reasons, I hereby VETO HB 359.

Thankfully, Senator Elena Parent posed the obvious question: ‘why aren’t we abiding by the Speaker and Governor’s request to offer a “clean” bill?’

Majority Leader Cowsert explained that this substitute would enable a temporary power of attorney to be instated for a military parent ceding power to another family member during deployment, among other examples. Munn and Cowsert stated that the original reservations the Governor had were addressed in this amendment and they encouraged all to vote for its passage.

To the electorate, and seemingly much of the media, yesterday’s committee meeting seemed like a good thing.

However, noting the statement made by Senator Tillery prior to making the initial motion, Munn’s glossed over response to Tillery’s questioning of under which Pro Tem these changes were made, Munn’s differently numbered legislation, and the Chair’s strange behavior in the meeting, tell me there’s a rift here that’s bigger than they’re letting on.  McKoon, Ligon, and Kirk, the loudest voices in support of legislation last year that allowed discriminatory practices for faith based organizations were silent yesterday.  They had almost no questions after some visible discussions with the Lt. Governor yesterday morning and during session.

It is my understanding that the Senate Republican caucus is split over this issue and not evenly.

I wonder too if using Chairman Unterman’s legislation for a substitute is her way of getting back at the Speaker for his comments and actions in regards to the Rape Kit Bill for which Chairman Unterman has gained such dire acclaim.  From my own experience, I know the Chair doesn’t like when legislation associated with women and children’s issues isn’t her own.  I do not know if this use of her bill is only a matter of convenience for the religious right and their own battle with the Speaker or if it is because of her personal goals.

Either way, this isn’t good.  I don’t care what the headlines say.

Stay tuned.  I’m sure we’ll see much more as the days unfold.

In the meantime, here’s the most current version of the bill I have seen.