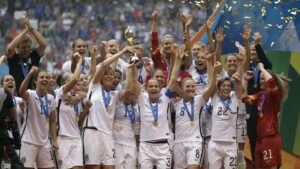 Early last month, Paul Bowers, Chairman of the Georgia Chamber of Commerce spoke with leaders at Berry College about the necessity of a good education.  You see, Mr. Bowers needs Georgians to have a good education so that when they apply to his company, they can actually meet the fundamental requirements of the job.  This isn’t rocket science to anyone.  Most people believe that with a better education, you can rise to the next level with a combination of hard work and integrity.  Yet Mr. Bowers’ statement on education here in the state should not be brushed to the side.  Frankly, it could be read another way: either Georgia needs to get their education act together, or our economy is going to suffer.  This is not the first time the Chamber has tried to get lawmakers’ attention, either.  Click here for the link to the “Economics of Education” report from the Chamber in 2012, or skip to the images below. 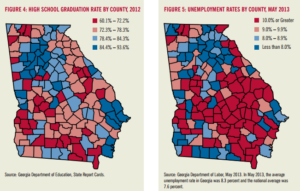 Last month I sat in on the Funding Sub-committee of the Education Reform Commission.    It was a pretty painful thing to watch.  I have a lot of respect for the men and women around the table willing to attempt to address QBE funding in our state, yet my hope wanes when I consider how many times before they have attempted this, with nothing produced in the end.  Why is this, exactly?  Why is it that the Governor and his Education Policy Director want to address funding, the teachers want it and now (It would seem) even the business community want it and yet we STILL have no recommendations.  Bless our hearts!  We have an Office of Planning and Budget, a House Budget AND Senate Budget and somehow we cannot figure out our own funding needs?

Let’s hope that this time legislature listens to their recommendations, that data is actually considered as part of the process.  For in kicking the can again, we risk not only the education of our citizenry, but also the economy of our state.

Plan for the funding.  Execute it.  We will ALL reap the benefits of an improved education system.