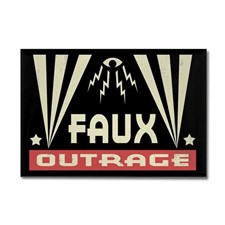 I feel I have either recently had an excellent reprisal on history lessons or politics has dwindled to nothing more than reuse and recycle.  This idea crystallized for me watching Netflix (the bastion of intellect and high-minded shows that it is).  Netflix has The Kennedys on tap right now, and after my binge watching of Mad Men and House of Cards in lieu of watching the Republican debates, this seemed like a natural order of viewing pleasure.  The last episode I watched was the one where Kennedy has to send the National Guard down to Ole Miss to allow James Meredith to register for classes that led to a riot that killed two people.  Prior to the riot, Governor Barnett stoked the flames of the already burning anger in the crowd by citing their outrage over all the “wrongs” the Kennedy Administration had done them, not disclosing that he and Kennedy had repeatedly been in discussion over the matter in an attempt to prevent the situation becoming a riot.  The outrage that Barnett fueled reminded me so much of what’s going on now in politics.  Not much has changed since the 1960s: Confederate flags, reproductive rights, belittling of women.  The names have changed, but the song remains the same.

In each situation, the outraged party says someone has gone “too far”.  I don’t disagree.

Personally, I find outrage to be a poor tool for getting anything actually done policy-wise.  I have done my share of marching and angry finger-wagging to be sure, and once I recognized how little the other side listened to this (and how these stunts are used to manipulate the media), I chose a different path.  There is a place for passionate discourse in politics- lord knows I have my soap boxes.  Yet as soon as the conversation ends, you have no means for a workable solution, only fallout.  You have no ability to interact across the aisle without the courtesy of respect for the other side.

But it sure gets you attention, does it not?  Take a look at the headlines compiled over the weekend.

And for many, that bully pulpit and their fifteen minutes of fame is all they would like.  As a matter of fact, it may even be part of the overall goal-to enthuse their base, increase ratings for their show, market their new plan, or give their writing some sort of relevance.  Good Lord knows in the age of click rates, Youtube views, and Twitter followers as a measurement of success- this somehow seems to matter.

The mob culture this creates is one I would liken to the Romans.  Many like to watch a good political gotcha game just as the Romans watched gladiators fight to the death in the Coliseum.  Trump may have referenced Megyn Kelly’s thirst for blood in the wrong way, but few would debate that her targeted questions did not demonstrate that as her goal.  Our weapons today are words.  Our arena is media: social, traditional, and direct.  Our carnage is our integrity, our intellect, and worst of all- our time.

No reason to sacrifice that on the altar of mediocrity.

We are so far in front of the primaries and certainly the Presidential election.  Do not give these clowns your time away from your work, your life, and your loved ones.  Trust me.  Politics follow cycles: election cycles, news cycles, and cycles of poverty and wealth.  The challenge of every person is to prioritize those issues and events that have weight and meaningful impact.  Otherwise in this election cycle, the wheel will still be spinning long after the hamster has died.