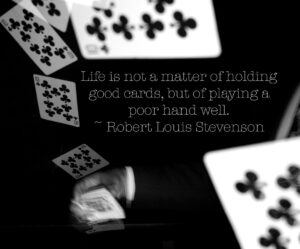 Week before last I shared the invitation for Atlanta Public Schools’ State of the District Address.  I attended.  It was impressive.  Not only was I psyched to be in the same halls as those that MLK Jr. and Maynard Jackson walked, I also am encouraged to see a Superintendent take such an interest in the rich history of her schools.  Atlanta has a vibrant history.  Its schools helped to foster it and, at times, have been the center of the city’s identity.  I must admit, I’ve never been to a State of the District Address, but I believe this one was truly unique.  Lots of rah-rah, lots of theatrics, and some strong sentimentality that played well for inspiring those in attendance.  I have seen more than a few dog and pony shows (put a few on myself), but what interests me always are not the circus acts, but the ringleader.

Dr. Meria Carstarphen is an inspiring young woman.  I do not know her personally, but I would like to.  Her convictions regarding addressing equality, generational poverty, and the cognizance that schools are the largest factor in driving a community’s resurgence was apparent.  Bravo.  I appreciate anyone who addresses their challenges head-on.  There are many in APS, and as a resident I too have a vested interest in which hills the Superintendent attempts to mount and hopefully overcome.

Dr. Carstarphen also made a strong case about how she is working to distance the current Atlanta Public School System from the past APS legacy.  The PR nightmare of the cheating scandal that continues to haunt APS hung in the shadows of the gymnasium- ever present, and just waiting for a chance to overtake the light.  Most notably for me, was the absence of discussion of Erin Hames’ no bid contract with the school system- and her concurrent contract with our Governor.  While there was time allotted for questions, it was not much.  As a result, I did not get a chance to ask the Superintendent about how exactly she sees Hames’ contract as a departure from previous APS shady shenanigans.  I would be interested in knowing how the Board of Education also stands by the lack of due process, but to be fair- I have not inquired with any of them.  I hope to get an answer in the future.

If I had to guess (and note that is what I’m doing), I believe Dr. Carstarphen is doing what is necessary to move her agenda for what she hopes will be beneficial to all.  Who can blame her?  In her presentation, she referenced the difficulty of navigating the “bureaucracy” within APS.  I would wager the slow grind of the General Assembly, the State Board of Education, and the perceived imminence of the OSD are each behemoths that no sane person would nor could willingly take on themselves.

Ms. Hames may be Dr. Carstarphen’s best card to play in the cluster that is the state of Georgia’s education.

Sadly, the rules of play in moving policy (especially policy that is bold) require a “by any means necessary” approach.  I do not fault the Superintendent for that fact; it simply is.  This is stated neither to absolve the Superintendent, the APS Board of Education, Ms. Hames, nor our Governor.  This is simply stated to be my opinion of the APS strategy in response to the depressing lack of attention by the majority of the General Assembly to the capital city’s education woes.

IMHO: Meria has been dealt a poor hand; she seems to be playing it to the best of her ability.  Godspeed.