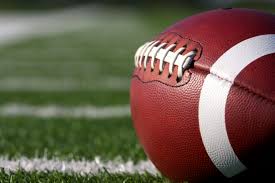 Legislative session will begin next week.  It is my second favorite time of year.  Clearly it’s no one’s first; but a strong second in a heated primary, if you will.  Football season is my favorite time of year.  Some may love Christmas, others Halloween, but my favorite time in Georgia is the fall in which every self-respecting Southerner picks a team and joins their friends and family in heated rivalry for a few months.  It’s a second religion here, and I’m certain the rules are written somewhere in Leviticus, right next to church starting at 11am sharp.

The two seasons are not so unlike one another.  My love of college football is because of the intense drama on the field in a strategically played game that has an extremely diverse mix of talent…Unless you’re Alabama, of course.  Then you just mark your calendar with bowl rings and trophies.  The legislative session is similar in that there is strategy of sorts, lots of drama and high spirits, and the talent is as diverse as the power.  Freshmen legislators may rise up on the rungs quickly in popular opinion even if their bills go nowhere and the mighty three are typically protected and lead from behind as much as any star quarterback.  There is also occasional Tebowing on the sidelines for dramatic effect and ingratiating oneself to the social conservative base.

However, the rumors of success and predictions for which way the score will go are as varied as the talent in the second string draft.  Yet, I will try my hand at a few suspicions I have and we shall all see where the rumors of session will fall.

Last year’s education bill teased out the need for change across the state with legislators crossing the aisle to vote for or against the OSD.  This year the discussion will focus on revamping QBE.  The Ed Commission’s report is here for you to read.  Of note, the two Education Chairmen and two Appropriations Chairmen were on the funding sub-committee.  I personally admired Chairman England’s defense of teacher’s salaries and Chairman Tippins’ drive for measurable benchmarks.  Even more so, I could have cheered for Chairman Hill’s call for realistic goals, noting that what education folks want and what legislators will provide funding to will be at odds.  Tippins has been openly opposed to charter schools, but his inclusion in this committee was necessary to have any buy-in for a future bill to pass.  It was my guess that Chairman Hill would be the member to introduce the bill, but I was reminded that any bill adjusting revenue in the General Fund must originate in the House.  Thus, my guess is that Chairman England will carry the bill.   Who better?  A friend to teachers and someone who may be able to hold additional funding back from any requests of opposing legislators in the overall budget.  It could always be a Floor Leader, but Chairman England is my guess.

Chairmanship is a valuable tool of power in politics.  Aside from the big three, the Rules Chairmen and Appropriations Chairmen are the most powerful men in the state.  I say men, because to my knowledge I have never known there to be a woman who occupied any of those seats.  But I digress…

Upon Senator Ross Tolleson’s departure from the Senate, a reorganization of his chairmanship was needed, and expected.  I was personally elated to learn of Senate Appropriations’ Chair Jack Hill being named as Vice Chair of Rules.  He is someone I respect personally and professionally, and is one of the few wiser and cooler heads in the legislature that I believe can manage that power with the grace few possess.  As I said earlier, he was my first guess to carry the QBE revamp bill, but I think there may be a more ominous reason for his move to be Vice Chairman of Rules: he will be retiring.  I fear it will be at the end of this session, but friends of mine suggest otherwise- maybe after session 2017.  Either way, watch who rises to the top in the Senate, as a new Appropriations Chair will eventually have to be chosen from this stock, and the gap that Chairman Hill’s experience and knowledge will leave behind will be wider than the Ohoopee.

RFRA will rear its ugly head again this session.  There is a doubling down of efforts on both sides, and it is my understanding that Senate Leadership has looked into finding a compromise.  In a recent visit to DC, I learned of Utah’s RFRA compromise which seemed to satisfy many in the state.  Without a third way, I fear the strong socially conservative base will forever nip at the heels of any headway made by Georgia Equality.

For me, this is personally a deeply conflicting debate, as I consider many of the folks involved personal friends and those I deeply admire.  Representative Teasley and I have known one another since we were aides.  Both he and Senator McKoon have been more than personally kind and helpful to me in my career and I admire both for their efforts in the attempt for ethics reform and transparency AND for our shared faith.  Senator McKoon is one of the few who have offered to change the Senate Rules- a slight change in parliamentary procedure that would bring about momentous opportunities for transparency and serious consideration of bills.  Representative Teasley is a man who genuinely has numerous friends across the aisle and of diverse political thought.  He has not a discriminatory bone in his body.  Georgia Equality has been a past client of mine, and Jeff Graham’s quietly strong efforts to push the needle in Georgia has made him a man I equally admire more than I can adequately put into words.  His gentle nature, much like Teasley’s, speaks of his respect for the proverbial “other” and his actions underline Desmond Tutu’s words: “Don’t raise your voice; improve your argument.”  Rev. Dr. James Lamkin and Rev. Mimi Walker, who have protested McKoon’s version of RFRA have each been my pastors and whose efforts in social justice reform in the Baptist faith have made headlines long before now.

It is my prayer that Georgia put this issue to rest this year, lest they choke like Tennessee mid-season.

Casino gambling and kinship care will be other issues this legislative session.  Knowing some who are involved, the gambling issue has legs.  We shall see if I stands.  Kinship care has a strong need to be addressed, although I fear it may be another session before any really big bite will manifest.  The sharing economy (Uber and Airbnb) are still so new and Georgia so slow to respond that I feel confident there won’t be any major changes this session, but I could certainly be incorrect.

These are my best guesses.  Yet, who could have foreseen CMR’s move from UGA to Miami??  Somethings cannot be anticipated.  It is my hope that this legislative session will end with a strong showing of sportsmanship, humility of players, and an understanding that unlike in football, one’s character is more important than a victory.