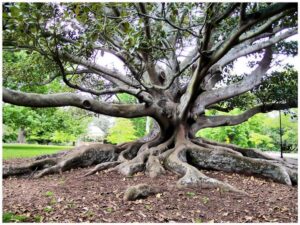 For any lobbyist, legislator, and general run of the mill politico, this is a day of significance.  Crossover Day is the 30th legislative day in the 40 day legislative calendar of the Georgia General Assembly.  Each bill begins in either the House or the Senate, and then must go through the committee process on its originating side before “crossing over” to the second chamber- to then begin the process again before being signed into law.  This is dictated by the Senate Rules. If the bill does not successfully cross over (it died in committee, failed on a floor vote, etc.) then the bill is considered “dead” for the remainder of the current session.  Bills remain “alive” even if they do not crossover for two years.

I am going to get a little wonky in the next few paragraphs, so if process discussion is not your thing, skip down until after the definition.

In everyone’s head there is a timeline as we approach Crossover Day.  When must the bill be introduced?  By when must it be favorably recommended by the committee?  Can I get the majority of floor votes that are requisite?

There’s a lot of gallows humor in the week preceding Crossover Day, with terms such as “dead”, “Frankenstein”, “alive”, and “revival” thrown around at will.

For obvious reasons, the House is the more difficult chamber in which for a bill to originate.  It must pass 180 differing opinions before it may crossover.  Have you ever tried to herd cats?  Try passing something in the House.  The Senate is the easier chamber to originate bills, due to sheer fewer numbers of egos people.  However, any bills dealing with funds going or coming from the general fund are constitutionally required to begin in the House.

So what do you do if your bill does not cross over?  Give up?

Oh, no.  You just become more aware of the term “germane”.

“that is not germane to our theme”

If two bills are considered “germane”, which means they may be in the same code section, deal with different code sections but deal with a similar topic, etc., the bills may be then condensed or attached to one another because of their germane nature.  There may be argument over whether or not they are in fact, germane, but do not assume that any bills are actually “dead”.  There’s always a chance for bills to return.

Personally, I always find it somewhat meaningful that session is conducted during the Christian liturgical season of Lent.  Because Georgia’s calendar for business, culture, and life has long been dictated by the growing season, our legislative session followed suit.  However, as a person of faith, the intentional time of seeking repentance and atonement makes session for me, all the more somber and sobering.   Washed in the sea of grey, black and navy suits, the Gold Dome seems forever cold in its unyielding marble halls.  The rules of procedure govern life as well- one rises in preparation for morning committee meetings, breakfasts, and caucus meetings and one does not sleep until the committee dinners and business of the day is complete.

Sitting in church yesterday though, I was reminded that the rules do sometimes bend, depending upon the relationship of those who make the case to the powers that be.  The halls are not so cold with friends and allies, and in this time of deepening ones faith, all are given a second chance.  The sermon yesterday was preached on the parable of the fig tree in Luke.  After not yielding fruit, the tree is to be cut down.  Yet the gardener requests the favor of another year from the master of the grove, and devotes new resources to the cultivation of the tree.  The tree, much like many of the General Assembly’s bills will be given a second chance and for Christians everywhere, this grace is a source of newfound renewal of faith and rebirth.

Let it be so for us as politicos as well.

There is hope still that the First Amendment Defense Act will be stripped of its crippling discrimination and rebirthed as the Speaker’s original Pastor Protection Act.  Amendments and substitutes can be made.  There is still hope that MARTA can be attached to a House bill and Fulton and Dekalb’s funding can move us forward to a more mobile community.  There is still hope that Medical Marijuana can be expanded in Georgia so that families may be treated without breaking the law or leaving our state as refugees.  There is still time to devote new resources to each of these trees and cultivate good policy that will provide a solid foundation for Georgia’s future.

For Christians, “crossing over” does not in fact mean death at all.  It means one is given new and more joyous life.

Georgia can be in the second chances business too, if our legislators wish.  May it be so.

Our Lord never condemned the fig tree because it brought forth so much fruit that some fell to the ground and spoiled. He only cursed it when it was barren. ~ Edwin Louis Cole