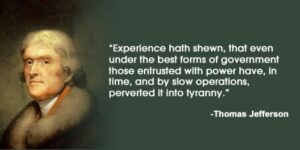 In every political system we have abuses of power, some more than others.  They are not uncommon, and as long as the abuses are not egregious they can often times be overlooked.  That does not make it right, yet one must pick their battles.  It should also be said that the very legislators who commit these may do so because they sincerely have good intents.  Sadly though, the general public is not always aware that some bills begin under these circumstances, and a bill’s origins often offer a more comprehensive view of the legislation.  I would like to shed some light on one such case.

In 2016, the AJC reported on Representative Earl Ehrhart (R-36, Powder Springs) intervening in an investigation at Georgia Tech where he threatened and then followed through on reduced funding for the research institution the next legislative session after the outcome of the school’s investigation.  You see, despite thirty-eight years in the Georgia General Assembly and being a past Rules Chairman under Speaker Richardson, Ehrhart is only a sub-committee Chairman.  That subcommittee happens to be the House Appropriations sub-committee on Higher Education.

That’s right- Rep. Ehrhart holds the purse strings for all the colleges and universities across the state.  Those same universities that are churning out the talent in our state to put it on Forbes’ List of the next tech meccas.