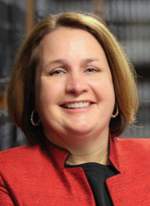 As reported by the AJC, Representative Regina Quick has decided to not run again for her seat, Georgia’s 117th House District, occupying parts of Barrow, Jackson, Clark, and Oconee counties.  Instead, predecessor Doug Mckillip and newcomer Houston Gaines will challenge one another in the Republican primary and local attorney, Deborah Gonzalez will run on the Democratic ticket.

Georgians may remember my post about HB 51, primarily sponsored by Dean of the House Republican Caucus and Appropriations Higher Education Subcommittee Chairman, Earl Ehrhart, this past session that Rep. Quick heavily defended.  As a female, Republican, attorney, and someone who has the ability to be both intelligent and respectful in committee hearings, Quick was truly the best thing HB 51 had going for it.  Yet the legislation was largely opposed by UGA students and ultimately was defeated in the General Assembly.  However, carrying water for the longest serving Republican member of the Georgia House has its benefits, (along with Quick’s own legal chops) and Georgia may yet see her awarded a judgeship.

“Your honor” has a certain ring to it, I am sure. END_OF_DOCUMENT_TOKEN_TO_BE_REPLACED