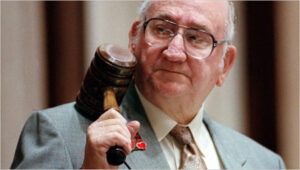 Later today the Governor will sign into law, HB 170.  The “Transportation Bill”, as it has been deemed (although there were actually more than one piece of transportation legislation offered this past session).  It is a divisive issue among voters, and within the caucuses.  Lots of time, money, and chastising has gone into this legislation.  Lots of passionate postulations have been made regarding RFRA, human trafficking, and education- the General Assembly seemed to address our roads, our faith, our morals, and our education all in one session.

But now, where does Georgia go from here?

My first legislative session was sort of a unique one: it was the first time Republicans had a majority since Reconstruction.  So I have spent the last ten years watching how Republicans handle legislation.  I worked for a previous House Hawk, when Speaker Richardson was in office, and I have seen power shifted away from the Lt. Governor and now back.  Georgia Republicans have stumbled toward this moment of consolidated power, and now they have to consider what it is they wish to leave as a legacy and how they will govern in the future.

The coming weeks will tell us.

The apple-cart turnover of Chambliss’ vacancy created a sweeping effect across the state.  I will offer that the defining legislation passed in the 2015 session will do the same.  The question of civil unions is now infiltrating the GOP Chairman’s race, the presumed front-runner for Majority Leader just helped to pass narrowly defined legislation aptly named the “Marijuana Bill”, and for the first time ever, our Governor will be consolidating power of our schools under a Superintendent appointed by him, the schools’ rankings measurement determined by a state board appointed by him, and the recommendations of reform for these schools will be made from a commission also appointed by him.

I am too young to have worked with the previous Speaker, so I can only offer the stories I have heard from others of how he governed.  It is my understanding that legislation only moved forward with his blessing, much as this past session transpired.  It is commonly understood that you cannot pass legislation without kissing the rings of leadership and without their blessings, there is no hope.  Most lobbyists see this as a streamlined process that is more manageable, yet voters railed against this sort of thing in the early part of this millennium.  Supposedly, Republicans were supposed to restore local control and in turn be more responsive to the voting populace.

I would offer that the Republicans have found, like Democrats did before them, that the Murphy mechanism of governing has its perks.  While many Republicans like to assert their differing approaches to legislation and governance from Democrats, it would seem that the ghost of Tom Murphy looms large in the marble halls.  It is my hope though, that General Assembly members remain mindful that even Murphy had his come-uppance, and will learn from his legacy to avoid the gavel falling on their own legislative careers.

“When I’m up there presiding, I’m going to run the show. I have no hesitation of setting people down.”- Speaker Tom B. Murphy