Hey y’all! I’m Mere. (It’s pronounced like the female horse…also, the first half of Meredith). This is a small introduction, just to give you a frame of reference for me.

So, I am drafting this post, using pen and paper; in a wing place; during karaoke; at closing time (actually, the KJ just announced that they would usually wrap about now, but he’d let the last ten people sing…those would all be our group); with my husband, two children, and about ten friends. That’s how I roll.

My philosophy. I suspect that I’m what a 1960’s hippy would look like in modern society. I think personal choices are just that, personal. People should be responsible for the decisions that they make…without the need for some great, governmental authority to permit it. (One day I’ll entertain y’all with my thoughts about how our incessant need to legislate everything is to the detriment of a lawful society). The generally accepted term for this philosophical thinking is libertarianism (please note the little “l”). I also generally believe that a free society cannot exist without a moral code. As such, I’m good with the community ostracizing people who adhere to something other than the moral code.

So, that’s me…you can find more from me on Twitter (when I bother to actually use Twitter) @merepagejones and I hope you enjoy all that Southern Indeed has to offer! 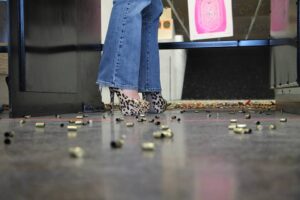