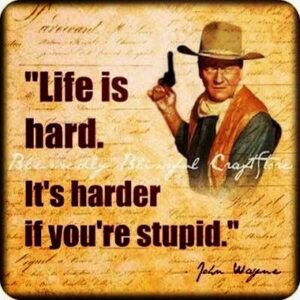 Yet under all the noise, slogans, and slick branding are the authentic stances of the candidate and the complicated contemplation required of anyone considering taking office.  For the reality is, slogans, buzz-words and quotes from our forefathers do not actually make a good elected official.  It only makes for good marketing.  Further, the candidate who speaks in anything less than charged statements of “principle”, “values”, and a very narrow view of patriotism are challenged in primaries and in the media by folks on the fringe.

The pundits’ ratings soar on quoting the out-of-context statements made on the fly by candidates.  The conspiracy theorists thrive on hastily made assumptions that they gather where they may- never concerned with the full nuanced facts of the who, what, when, or why.   The activists are re-energized by the vitriolic differentiation from the “other” that inevitably provides their raison d’être.  The truth is though, none of these folks- pundits, conspiracy theorists nor activists make policy, and thank goodness for that!  Instead, they hurl bombs from the peanut gallery and distract legislators from the issues they would have otherwise prioritized.

In turn, legislators are forced to package their legislation and stances in palatable ways, translating policy debates into John Wayne-like situations.  The bad guys always typically wore black hats so that they were easy to discern for a young audience.  In Georgia, it would seem our black hats are laws doing anything other than cutting taxes.   Thus, the revamping of transportation in our state was branded as anything but a “tax”.  RFRA is veiled in the cloak of Liberty.  And, the OSD has to be deemed “revenue-neutral” because addressing education in an innovative way is somehow now a bad thing in Georgia.

Compromise has somehow become a dirty word and to even assert that it has a rightful place at the policy table is to be labeled “establishment” or “having an agenda”.  Subsequently, the ability to offer up an informed but complicated answer is virtually impossible, making our law makers come across as ignorant, naïve, and/or short-sighted.  And as legislators climb the ladder, their ability to compromise and respond to serious policy issues in a nuanced, time-appropriate way is less and less.  The most authentic answers from lawmakers probably occur on the most local of governing bodies, as they are closer to the community and have the least to lose.  As a result, state legislators make statements rather than ask questions.  They send out press releases and hire teams to handle their social media presence rather than have discussions with their constituencies and/or the opposing party.

Yet as special elections are happening this month and municipal elections this fall, look closely at the answers of the candidates.  It is harder to be subtle than strident, so does your candidate take the easy way out and tell you what you wish to hear?  Or, are they a well-founded and nuanced version of the answer?  Does the candidate cause you to think?  Do they cause you to question your original presumptions?  Do they tell you honestly where they stand, even when you do not agree?  Can you each have your own opinion and still respect one another?

Honest legislators are in short supply, but not because they lack integrity.

It is time that Georgians recognize their own part in forcing the language and lack of nuance in our policy discussions.  Stop searching for the black hat.  Ask hard, open-ended questions and really listen.  Your candidates want to tell you what they believe, so let them.  Georgians should not listen to the pundits, to the conspiracy theorists, or the blood thirsty activists.  Hell, they shouldn’t listen to me either. Listen to the candidate and give them the time and the space to fully explain themselves.  Our state depends upon it.

“I stick to simple themes. Love. Hate. No nuances. I stay away from psychoanalyst’s couch scenes. Couches are good for one thing.”~ John Wayne