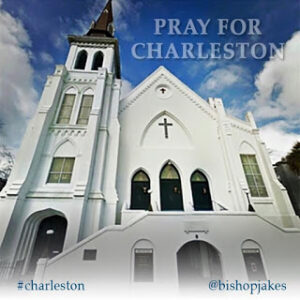 The unfolding story of the tragedy in Charleston has struck a chord in this nation.  Whether you are black, white, believe this to be a terrorist act, hate crime, are Western, Northern, Southern, God-fearing, atheist, young or old, there is a wrongness here that can never be righted in the killing of congregants in a peaceful house of worship.  No matter the intent, the ramifications and consequences of the actions taken in Charleston leave us with more questions than answers and more mouths gaping than resolute.

As of late, the national news has reflected the existing spiral of hate, pain, strife, and brutality that churns through discussions of race and gender.  We speak of Caitlyn Jenner, Rachel Dolezal and their identity.  For me, the discussions of Ferguson, Caitlyn, Rachel, and McKinney has created a vacuum that has sucked all the positive air out of the room and personally leaves me with the question of “Who are we?”

Who are we? As a nation? As a region? As a people?  Who are we becoming and what are we doing to contribute to or detract from the aspirations we share?

As a white woman who grew up in the bustling metropolis of a Georgia town aptly named Social Circle, I have been more familiar with racial tensions than I would prefer.  I have benefited from the privilege of my race, middle class standing, and private school education for which my parents graciously sacrificed.  I have been a farmer’s daughter, a debutante, an all-women’s college graduate, and now a member of the Junior League.  From that mold I very easily could be brushed off as another backwards Southerner who makes decisions based on race and pre-conceived notions of class and social standing.  And dear-sweet-little-baby-Jesus, I HATE those stereotypes.

For those outside the South, this tragedy solidifies those long-held preconceived notions.  But now, rather than brush them again under the rug, it has made me angrier than a wet hen.

Angry for the loss of life, angry for the hate this breeds, angry for the families that seek justice, angry that some South Of Broad did this in MY house.  In MY Southern town, in MY South.  These actions are without regard to any of the goodness that IS being Southern.  And don’t tell me it’s because he’s from South Carolina- I know plenty of wonderful folks from that state and particularly from Columbia (Irmo, to be specific), so that dog won’t hunt.  I am no mustard BBQ fan, but my mamma’s stuffing recipe was “Miss Lucille’s” recipe from the Gray Court United Methodist cookbook from Laurens County and my s.o. takes great pride in his Gamecocks every fall.  Charleston is one of our treasured jewels- a rich history that has been an integral part of establishing more equality and peace in this region, which “Mother Emanuel” led.  This is to be cherished, not ignored.

To be Southern is not to be hateful, superficial, or even unkind.  Lord have mercy! We Southerners DEFINE hospitality, grace under pressure, and rising above.  In a state that was burned to the ground we “reconstructed” our way to becoming the Empire State of the South.  Southerners are the folks who go the extra mile for you. We welcome you to the church homecoming, want you to come to our kitchen table, and want you to bring your grandkids around to see how they’ve grown.  We are the people who wear our best in the house of God, not because we are ‘high falutin’,’ but because that is how we show value and respect. We give grace, we go harder for longer because we know the sense of duty to our community, our history and our fellow brothers and sisters.  However, as any good Southerner knows, we also take care of our own.

And the congregation of Emanuel A.M.E. IS one of us.

So I would implore each of us, to clean our own houses of the seeds of hatred and destruction that are around us.  There is no place in the Southern household for that mess.  My mamma taught me better than that.  Unfortunately, some folks are still teaching hatred and havoc.  So let us ALL use the Dial soap of our childhood to wash out of our own mouths the prejudices, stereotypes, and systemic patterns we have known.  Roll up your sleeves, and have those hard conversations with people in your community about how to improve it, how to help one another, maybe how to correct one another, and how to give grace with a side of potato salad.  As you clean your guns, watch for those who wish to use them for more than hunting.  As you are passing on the street, say hello to one another- it’s the way people still communicate in the small towns from which many of us came.  We’ve just seemed to forget those wonderful Southern manners.  Mammas have tried to teach us, but now we need to apply those lessons.  By doing so, you will be ferretting out the Son Of a Biscuit(s) who would walk into your home of worship and take your loved ones.

The Southland is better than this, and it is time we show that.

If we do, we in the South will rise like the Phoenix out of the ashes of this heartbreak and we will be stronger, better, and we will stand together. We have a responsibility to one another and to the goodness of the Southern identity.  This senseless violence was committed saying that we have to “take back our country”, and I intend to do just that.  I will take it back from the hate, the pain, and the disregard for human life.  I will take it back from assuming it is someone else’s responsibility and assert that it is my own.

It is time to take out our own trash.  It will not be easy, and it will not be fun, but we are the only ones with the strength of our civil rights history and on-going experience in this realm capable to do it.

“Burdens are for shoulders strong enough to carry them.” ~Margaret Mitchell