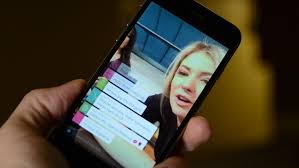 The ever present use of social media and the ability to self- report the ground breaking as well as the mundane has caused me to ponder these tools a bit.  I am grouped into the millennial age group, albeit on the older side.  I have recognized my generation’s preference on certain things alters our expectations.   This age group around the globe seems to be less and less interested with ownership of things, or with developing status through accumulating material goods and more the access to them.  Think of Über and Airbnb instead of buying a car or house.  So too, my age group seems to enjoy dabbling in multiple jobs, rather than focusing on life-long careers in one profession or another.

So, if we applied the same principle to politics, what would that look like?

For my parents, it is important to have access to their elected officials on a city and county level.  For them this means attending meetings in the evening and if need be, catching a moment with decision makers at the local watering hole or breakfast spot.  EVERY small town has a local hangout where the older men sit and discuss the events of the day over biscuits and coffee.  Where you will find a good biscuit in a Southern town, so shall you find folks sitting in clusters discussing the way things “should be”.  My parents’ generation’s expectation of access was determined more by their own efforts, namey because there existed no other options.

Yet as we see so many of the long-held seats being vacated by members retiring, I wonder aloud what the future will bring.  Many of the old guard’s replacements are closer in age to me, if not even younger!  So what shall these young guns bring?  Perhaps more of the same status quo, with little transparency, the same glacial pace of addressing actual challenges faced by Southerners, and little actual informed engagement of the voters…or maybe not.

I remain more optimistic because our options have changed.

I hope for the best as my generation has a different expectation of “open access”.  We expect more than what our parents did, as our tools are more diverse.  To Millennials, the term “open access” means that anyone can attend, no matter if they walk on two feet or are wheelchair bound.  Open access also means that the meeting room size be large enough to not diminish people’s active participation.  Finally, we expect that the meetings are recorded via audio and video with transcripts available.  We have the technology to provide ramps, elevators, and video to project meetings in other rooms when the meeting room is too small.  Moreover, the ability to record gives access to meetings that would otherwise be unavailable to some due to time of day, work obligations, or geographical distance.

In the past 13 sessions, I have watched the meeting notifications go from being pinned to physical boards to being placed online on closed circuit television within the Capitol.  I can print versions (although often not the most current) of bills off the General Assembly website.  I can get audio files as recorded for hearings.  For full committee meetings and chamber sessions, I can watch at least part of the scene via live stream from a desk remotely.

Bravo for the open access technology has already provided!

Yet when will our communications become more consistent with the technology available ?  I love that the recent sit-in of Congressional members, led by Georgia’s own Congressman Lewis used Facebook Live!  We already have many elected officials that use Periscope to directly connect with their constituents before meetings and legislative days.  I love following Representatives Scot Turner and Buzz Brockway on Periscope.  They engage their colleagues and try their best to keep their constituents informed.  Fulton County Commission meetings are also live streamed with this tool.  Police officers around the country are donning body cameras now.  And individual citizens record themselves daily doing everything from the mundane to the majestic.

Even the presumptive Republican Presidential candidate has shown the world how speaking in unscripted diatribes gathers far more public attention, and perhaps is one of the reasons why he has gained so many advocates.  In an era of scripted talking points, the individual who speaks plainly and directly to the people seems to be capturing the windfall of public attention.

Conversely, there are already rules designed to directly contrast these freedoms.

In the Senate Gallery this past session I was informed by the Doorkeepers that my cell phone was not to be used for taking pictures.  Pictures can only be taken from the Chamber floor.  What they did not add is that the only way one has access to the chamber floor is via a media credential, staff badge, or invitation from a member…So basically no one from the general public can photograph Senators.

This is not found in the actual rules of the Senate, btw, nor are they rules as outlined by the GBA, both of which can be found online.  These are just the rules the Doorkeepers identify as you walk in and if you do not follow them, they will have Georgia State Patrol Officers to escort you out.  And if you were wondering, the Doorkeepers require the same of the State Troopers as well.  I know of at least one instance of a Doorkeeper asking a State Trooper to stop “playing” with his phone.  That turned out about as well as one would expect.

Annoying, but this is not in violation of open meeting rules.

Thus, while I wanted to Periscope from the balcony this session, I refrained.  While I may question the rules, I do not fail to follow them.  There’s nothing less Southern than poor manners!  My respect for the building, the Doorkeepers, and my friends in the legislature are too great to be purposefully disrespectful.  Further, the rules were written in a time when cell phones did not exist!  So perhaps when the rules of the Senate are updated this session, we may see more terms that may fit with our current options.  However, until those rules change, I’ll just have to live tweet.  You can always follow me at @ScarletLHawk.

I cannot imagine that rules prohibiting cell phone usage in this manner can linger much longer though, as the average age of the legislature is continuing to drop.  As more and more of the general public relates less to those political leaders who offer few platforms of communication and more to those who give their constituents open access, I see the tide turning.  Technology updates at an exponential rate, and so too will the communications of elected officials have to alter accordingly.

One day I hope there will be no need for open records requests, as more and more decision makers tweet their vote and Periscope their meetings.  I look forward to seeing what more open access will mean for constituents and engagement in the policy process.   I believe open access allows for more engagement and a more informed electorate.  I believe with more information the electorate becomes more empowered.  Ever the populist, I asset that live streaming may be the most populist thing a lawmaker can do right now.

So the next time you meet your lawmaker, ask him or her about their social media presence and encourage the use of these new tools of transparency.  It may be the best tool you have to gain access to them and to the system that governs you.