I enjoy discussing Presidential campaign politics as much as I enjoy tilling the red clay in my backyard when it hasn’t rained in a few weeks.  It’s tedious, gets me hot under the collar, and only has marginal capability of providing me with anything of beauty or worth in the end.  So I tread carefully when discussing our Presidential picks.  I leave that to my friends in the District.  I keep my feet firmly planted in state and local affairs.  Yet my ears perked up when I was listening to FiveThirtyEight’s podcast some time ago on Hillary making ad buys in Georgia.  And then again today when the DPG emailed out the NY Times front page line indicating Georgia may be a swing state for HRC.  First, the NY Times knows little about Georgia politics.  Yet FiveThirtyEight is a strictly data oriented site.  If you are unaware of FiveThirtyEight, it’s really a fantastic podcast and the analysis of polling is really both delightful and heartbreaking, depending upon how you perceive the results.  Nate Silver, Harry Enten, Claire Malone, and Jody Avirgan are the political nerds people like me look to for the cold hard numbers to back up or destroy our assumptions.  I find their humor engaging, their discussions meaningful to understanding the macro in our nation’s politics, and I always find their insights thought provoking.

It should be said, aside from admiring this team, their work and their expertise, I admire data above all.  I trust the

data more times than not.  If the numbers tell you something, believe it.  In their August 29th podcast, Nate Silver encourages the listeners to look beyond the numbers though, for the inevitable “swing” where Clinton’s lead across the nation will inevitably fall in certain areas.  The group discussion centers around where that swing and fall may occur. You can click on the link and at about minute 29 they get into the Georgia discussion.

You may have seen the first of Hillary’s ad buys here in the state.  The FiveThirtyEight team discussed the wisdom in the Clinton campaign focusing efforts here in Georgia.  The key points begin as Malone wades into identifying AZ, GA, and maybe SC as “newly interesting” vs. more “traditional” swing states Pennsylvania, Ohio, Florida, and potentially in-play North Carolina and Virginia.  Malone points out that the Trump campaign has made some of their few ad buys in each of these “traditional” states’ markets.  In a departure from the rest of Trump’s campaign, he chose a more conservative approach.

Silver points out that while Clinton is doing a couple of points better across the nation, most of those gains are made in red to turning purple states where Trump is only getting the conservative votes, not converting any from blue to red.  This is the column in which Georgia finds itself.

Avirgan: “But are you implying all that work in Georgia…and then if she loses by a point or two is kinda wasted (there’s gotta be a better way to phrase it) but wasted when she could have REALLY solidified her lead in the states she kinda just needs to run in order to put it away?”

Silver points out that Georgia is on the edge, but not really a tipping point state and if it comes down to an electoral college match, Pennsylvania is a better ad-buy state.

I would agree, especially now as Trump’s leaked tapes have probably turned Pennsylvania from swing to solidly blue AND if I felt like the reason behind Clinton’s ad-buys were to win Georgia for the Presidential election….but I don’t think that is the reason at all.

In the Art of War, the author asserted, “An army may march great distances without distress, if it marches through country where the enemy is not”, and Silver is applying that rule.  Trump has little toehold in more traditional swing states, and Silver encourages going for the low hanging fruit, so to speak.

Yet Georgia has long been a conservative state- whether led by Democrats or Republicans.  We are a part of the sordid history of the South that preferred segregation to integration and aligned politically as such in the past, with the Democratic majority only to be shaken in 2004.  When that happened, Democrats were demoralized and Republicans were walking tall for a time.  Since then, Republicans have long said it was going to be ten to fifteen years before we would ever see a larger Democratic win here.

I am not under the impression that Clinton will take Georgia in the Presidential election.

Yet I see that DPG win is a lot closer on the horizon than distant, and the fields here are much more fertile for turning over than the conservative pundits are willing to admit.  I am under the continued observation that Republicans can no more maintain their stronghold on the state than Democrats did, without practicing actual conservatism in policymaking.  Many a Republican candidate in the primaries played more of a buzz word bingo game of conservatism similar to Trump’s tactics in order to run to the right of one another.  The electorate tires of lies-doesn’t matter which side from which they come.

Additionally, Georgia’s demographics are changing and Republicans have largely not and are continuing to not respond to that.  For a number of reasons they are losing the base of white, middle yet aspiring to be upper class folks who typify the Republican establishment.  Perhaps because of the emergence of the TEA Party and establishment Republicans’ own difficulty in adhering to the staunch promises they make in primaries, the blue collar white vote is calling the Republican Party into the Libertarian realm.  Those moderates in the middle (myself included) find the right swings on social issues to be outside the realm of “moderate”.  Consequently, the evasion of offering actual policy platforms for problem solving is also a turn off for these voters with Trump.  And while “demographics” is usually a code word for with more melanin in their skins, I actually mean that the voting bloc is changing in age range as well.  Younger conservatives, accustomed to iPhones and twitter are unwilling to be patient with legislators who lack transparency or speed in addressing issues.  These changes in age, race, and ethnicity are what will sculpt the South as we discern who we are and what we want.

So why does Hillary’s ad buys make a difference in the price of sweet tea in Atlanta?

With the Republicans moving ever more to the right, the current figure head of the party’s nose for controversial statements, and those still feeling the Bern developing into a new Socialist Party, there’s a lot of opportunity for establishment Democrats to fill the void in Georgia.  Like establishment Republicans, these Democrats do not wish to up-end the structure, but work within it and revitalize it.  The New Georgia Project has the opportunity to do this yet the ever-failing and ever-fractured DPG remains rudderless.

My age and younger Democrats will be taking the reins soon as the old guard retires.  Mayor Reed has labored long and hard in the fundraising arm of the DNC for national Democrats and he will come to call in favors for his run either for Governor or whenever John Lewis eventually steps down.  Down ballot races in competitive areas in the South will suffer due to Trump’s presence in the immediate cycle. And unfortunately many of my beloved Republican friends will have to explain how they are “not that kind of Republican” for years to come. 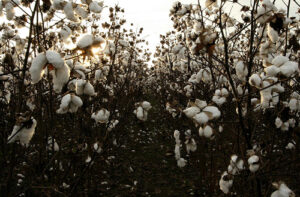 The Clinton machine is laying groundwork for the future turning of the tides.  Trump has so little campaign funds on hand and she has so many, it only makes sense to spread the love around.  It makes all the more sense when Trump is actively alienating the moderate wing of the base.

Silver is correct in his assertion that the ad-buys for this election will not particularly help the Clinton campaign in the Presidential run, but I would not guess the DNC is worried about Georgia this cycle.  HRC is planting for a future harvest.  I suspect the DPG will walk in high cotton sooner rather than later here in Georgia thanks to her.