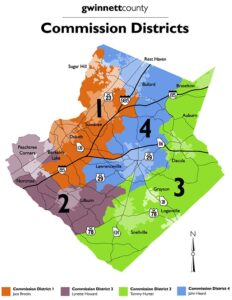 Most people do not pay any attention to their local political scene.  They vote every four years in a Presidential election and they pat themselves on the back for check off that mental box of participation in the political process.  As of late though, the Gwinnett County Commission has become a more embroiled entity.  The good Lord KNOWS Commission Chairman Charlotte Nash is trying her hardest to smooth things over like every Southern woman has done for one foolish man or another in her circle.  But we all know there aren’t enough hand written notes IN THE WORLD that can smooth this one over!  This hits close to home for me because it literally IS my home now.  And it is of particular interest to me now that my last home (Atlanta) has become involved in Gwinnett County Commission dealings via a letter from Mayor Kasim Reed to Commissioner Tommy Hunter’s employer, United Consulting.  You can find the text of the letter and coverage by Adrianne Haney and Duffie Dixon of WXIA here.

While I will take a step back from the middle school drama of the men representing my county, congressional district and country, I will use this as moment to highlight Gwinnett County as ground zero YET AGAIN in the country’s politics.  Prior to the Presidential election, I referenced FiveThirtyEight’s polling that indicated that Gwinnett County would go blue in the Presidential race, being the first time Gwinnett has gone blue since we elected our own, Jimmy Carter.

Following the election, Gwinnett County first made headlines in the fallout only days after the Trump victory.  Y’all, we made the Washington Post on this one about a teacher who was told to hang herself with her headscarf.  I considered it a sort of “welcome to the neighborhood” for me.

Needless to say, I was NOT impressed.

In the months I have lived in Gwinnett, I have fallen in love with the food, the culture, and welcoming of so many different people.  The bus stop outside my door in the morning hosts all the neighborhood kids- that remind me of “Jesus Loves the Little Children” in real life.  Yet the headlines represent a truth I have known all my life in Georgia.  There is a simmering of distrust, battle of superiority and “otherness” that exists no matter if you are in Adel or Atlanta.

Typically Southerners nowadays like to pat ourselves on the back and think we have moved past this overt racism and in some ways that is true.  We don’t hose black men and women as they march anymore, and most of us speak up and cringe if we hear someone use a racial slur.  Yet the face of racism has changed forms, as things often do.  Now you see it in coded language- where, as a white woman I am referred to as “European” although I was born and raised in Social Circle, or other whites are referred to commonly in election terms as the “working class”, even though this job/ class identification can cross racial boundaries as much as the term “socio-economically depressed” does.  It all essentially means the same thing: poor, little education, and more often than not, typically black or brown people.

I find the dichotomy of the Reed – Gwinnett County interaction especially interesting because Atlanta and Gwinnett highlight the changing face of Georgia as I have seen over the last thirty-four years.  In my lifetime, Atlanta has always been the cosmopolitan big city, leading the way in economic development and a city to which many Georgians contrast themselves.  While working in Macon in years past, I often had to explain that I grew up OUTSIDE of Atlanta before lawmakers would give me the time of day.  City-folks aren’t typically welcomed in Georgia Outside of Atlanta (GOOA).  So Gwinnett has always sold itself to folks moving in as “not Atlanta”- where you can live and have your kids go to school in “nice” suburbs, but avoid the “crime” in the city where you work.   This isn’t unique- it reflects the white flight of the sixties and provides more of the coded language indicators in which most Southerners are well versed. 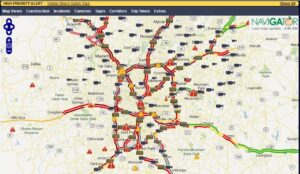 However, with Atlanta’s ever-compounding traffic congestion, many cities have sought revitalizations of their own downtown areas so that folks can live and enjoy the areas in which they have purchased rather than driving into Atlanta for retail and restaurant establishments.  The quality of life issue is growing more and more pressing as current and future workforce remain attached to their phone rather than a downtown Atlanta office.  Additionally, local governments have long understood having a diverse tax digest including local businesses helps everyone in the county with a robust tax base.  It should also be said that Gwinnett has well managed SPLOST campaigns here that have afforded the library and park near me.

Atlanta has always (to me) seemed light years ahead of other Georgian cities.  Their city council, Mayoral office, School Board and population is diverse not just in color, but sexual orientation, gender (or trans-gender as the city now has bathrooms that are accessible by all), and certainly country of origin.  Gwinnett is getting there and I think this is intentional, at least potentially of those in the business world.  It appears to me that Gwinnettians are avidly interested in diversifying their tax digest with a mix of business and residential property owners (a wise choice), and with that diversification, they are getting residents like myself that are impatient for the joys I found in Atlanta: public transit, walkable trails, locally owned retail establishments rather than big box stores.  So too, these new residents (like myself) find it really odd that everyone on the county commission is white.  Which leads me to ponder whether those involved in politics here in Gwinnett welcome/encourage the diversity or simply did not consider what tensions that diversity might bring.

Gwinnett is going through growing pains that I believe may exemplify the challenges of cohesion that exists in our country as a whole.  People here are not intentionally cruel, most terse words are expressed from a lack of understanding of the “other”.  Gwinnett also does not have a conspiracy of white people either (or at least, I have not found that to be true).  It does embody the lack of engagement of minorities on local elections though and it makes me painfully aware that residents here do not know how to exercise their voices other than protest.  If voters had, it is my belief, Commissioner Hunter would not have his current seat. 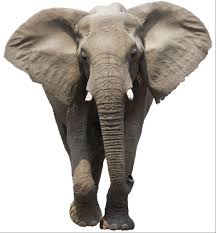 Now the City of Atlanta is weighing-in like the elephant that it is in Georgia.  The free market is an incredibly effective tool in political games and change.  While I do not deny the power of this effort, I deny it as a moral victory Mayor Reed would like to claim.  Racial victories like these are easy band wagons on which to jump.  While I do not begrudge the Mayor for his stance or actions, I will respectfully request that he use his power of influence and pen in a leadership approach that could set Atlanta apart in the nation, not just the state.

Mayor Reed could presumably instead use his pen to:

Atlanta has much to be proud of, and rightly so.  Yet to weigh in on this issue within Gwinnett seems like some low-hanging fruit to grab to divert the media away from the scandal within Atlanta’s procurement office.  Gwinnett also has much ground to cover, although Chairman Nash led the Commission in a visit to the Center for Civil and Human Rights, for which I am grateful and laud as a beginning of a broader education. 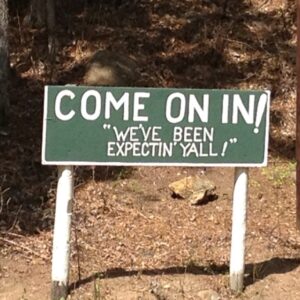 The important take-away for me from this moment is that neither Atlanta nor Gwinnett are frozen.  They will grow and change, and as they do, I hope residents will hold the door open for their leaders to correct their actions.  Rather than write them off, it is my hope that a conversation on differing sides can be born and in turn, relationships can be built.  Within that relationship, the individuals can become more together than anything they could EVER become on their own.  In my humble opinion, that would not simply be a sign of welcome, but a true Southern, “Y’all come back, ya hear?” as well.  It is my hope and my prayer for Gwinnett, Atlanta, and Georgia as a whole.